To dovetail and rationalise resources, Enhabit has now been merged with others in the Efficient Building Solutions group including QODA Consulting, Green Building Store & Green Building Renewables. Find out more.
×
Enhabit Blog » Battery storage with solar PV – the way forward, or too much of a hard cell?

Battery storage with solar PV – the way forward, or too much of a hard cell?

You don’t have to read very far through most mainstream media articles on solar PV to find a statement such as “the solar panels will generate at least 80% of the building’s electricity”.

In most cases this is, if not factually incorrect, a little misleading. What it usually means is “the total energy yield of the solar panels is equivalent to 80% of the building’s electricity use”.

There’s a subtle but important difference; how much renewable electricity is actually used on site depends entirely on people’s behaviour. Under real-life conditions this figure may be 50% or less. In a typical household, where residents are out at work during the day when the sun is shining, it’s not difficult to see why most of the generated electricity is exported straight back into the grid.

Exported solar electricity will get used somewhere, but most of us don’t install a PV system to help power the neighbour’s hairdryer. A few years ago, the government’s healthy feed-in-tariffs meant that a PV array was a sound investment even if your own energy bills didn’t drop, but this is no longer the case. With the FiT at just 4p/kWh, the main saving to be made is by using the generated electricity yourself.

The answer? Work from home – or install a battery. 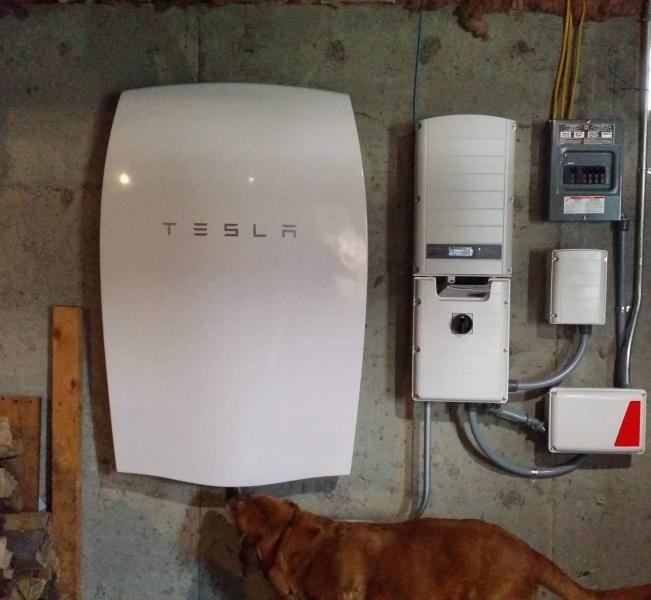 The principle of residential battery storage with solar PV is simple. Rather than generated electricity being exported to the grid when it isn’t used on site, it is stored in the battery. The battery can then discharge at any time, meaning the user doesn’t have to draw from the grid until the battery is empty again.

A typical pattern would be for the solar panels to generate most of their electricity in the middle of the day when no one is at home, thus causing the battery to charge up, and then discharge in the evening when the solar panels are inactive but the kettle is boiling and lights are on. If you have enough panels and a big enough battery you could in theory be completely self-sufficient.

Should you be fitting battery storage to your PV in 2018?

So everyone with an existing residential solar PV system should be retrofitting a battery, and they should come as standard with all new PV systems. But this isn’t the case yet, and there are a few reasons why not.

The main one is cost. Progress is being made in the right direction, but in many cases the capital cost of a battery doesn’t make sense when compared with the financial returns.
Even a couple of kWh of storage capacity is likely to cost at least £3,000, and a larger battery is around £8,000 once installed.

The cost of battery storage is sure to drop as technology improves, but for now residential batteries rarely make sense if your primary concern is the financials rather than the technology or carbon saving.  If you based all purchasing decisions on financial returns you wouldn’t have a kitchen table, so perhaps there are other reasons to go for battery storage.

Electric vehicles are on the rise, and domestic heating and hot water are increasingly being provided by electricity, often through a heat pump. Renewable electricity generation, both on a domestic and large scale, means that this certainly seems to be a step in the right direction. However, going electric will put more strain on the grid than ever before, meaning households that are able provide some of their own electricity without dipping into the grid at peak times could be hugely useful.

A solar PV system alone doesn’t achieve this, as nothing is generated when it’s needed most, so adding a battery is the best way for an individual to help smooth the transition to a zero emission society.

It goes without saying that the carbon footprint of your own home would be immediately reduced by the installation of a battery, as maximising self-consumption of solar PV means cutting your use of the most fossil fuel heavy grid electricity. 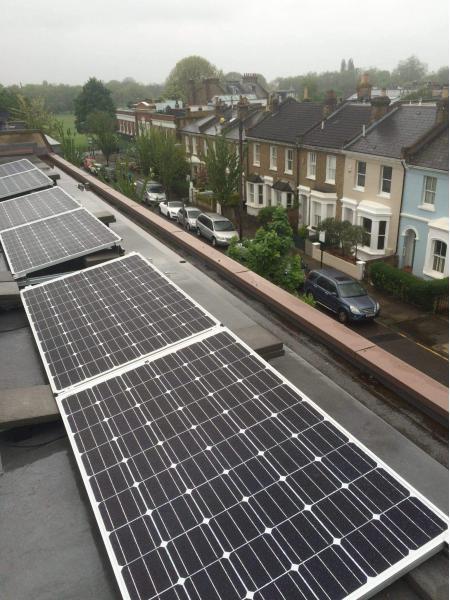 Battery storage during a power cut

With a grid under stress, installing a battery could provide some other more self-interested benefits. Although some battery types can’t provide electricity during a power cut, others can and many manufacturers, such as Tesla and their Powerwall, are working to achieve this soon (various issues surrounding islanding mean it isn’t straightforward).

Imagine being the only house on the street watching TV while the rest fumble around in the dark to find a box of candles. Admittedly power cuts are rare, but as we stare into an uncertain energy future, having your own backup can’t be anything other than reassuring.

Energy storage is undoubtedly the future; it’s the missing piece of the puzzle. We lack fundamental control over when renewable energy sources will and won’t be generating, so combining this with the collective regularity of the nation’s evening commute is a recipe for disaster.

Battery storage is the solution, as it gives complete control over when electricity is made available. It can work in two ways and at either end of the chain. If used at the power providers’ end, battery systems would allow large scale renewable energy to be stored and then released whenever it is needed. Alternatively, individual battery systems at the users’ end reduces grid demand in the first place.

Waiting for the big six or the government to sort things out could take a while, so if you want to make a difference and drive the change, then hooking up your own battery is the only option. The transition to stored renewables will happen – how fast it happens is for us to decide.

Consequences of the future uptake of battery storage

Widespread use of battery storage will introduce additional problems for us to solve . After ten or twenty years we’ll all need a new battery, but how do we dispose of the old ones? And when we need that replacement, will there be any lithium left? We can’t solve everything in one go, so let’s stick with what we can actually do to alleviate climate change and leave these questions to the next generation of Musks.

There are clearly many good reasons to buy a battery, and to do it sooner rather than later. If you want to be an early adopter, adopt a battery.

If you’re interested in adding battery storage to your solar PV system, or have any other questions about renewable technologies, our engineers can be contacted on 02083808908 or at info@enhabit.uk.com. Visit our website for case studies at www.enhabit.uk.com/case-studies.

Related Case Studies
Tunbridge Wells high comfort, low energy home
Our brief for this project was simply to convert a cold and draughty 1970s terrace into a warm, comf...
More Info
Oxfordshire low energy, high comfort home off the grid
Enhabit was engaged by this client for the rebuild of her home in Oxfordshire. The house is off the ...
More Info
Farnborough commercial retrofit and new build extension
This project involved the renovation and extension of a former hotel to form 14 new self-contained a...
More Info
< Back to blog listings
Company Registered at: 85 Great Portland Street, London, England, W1W 7LT. Company no. 05724543, VAT no. 228 0141 43, Copyright © Enhabit 2022