To dovetail and rationalise resources, Enhabit has now been merged with others in the Efficient Building Solutions group including QODA Consulting, Green Building Store & Green Building Renewables. Find out more.
×
Enhabit Blog » Investigation of a Dysfunctional MVHR System

Investigation of a Dysfunctional MVHR System

A high number of new homes are now being built with mechanical ventilation with heat recovery (MVHR) systems. These bring fresh air into the property throughout the year and remove humidity, providing high levels of indoor air quality. This is particularly advantageous when the building is close to a busy noisy road as the MVHR system provides adequate ventilation and a peaceful environment with windows closed.

Unfortunately, we are becoming increasingly aware of instances where coordination between the various sectors involved in the design, installation and commissioning has been very poor, causing critical issues with the systems.

Enhabit was contacted by a home owner in a newly built apartment block with an MVHR system complaining of high levels of humidity in the bathroom despite the MVHR system being switched on. Enhabit carried out a system assessment, measuring air flows with calibrated equipment, taking photos of the ducting via recessed LED fittings and through the vent terminals. It became clear that the bathroom extract valve was actually supplying fresh air instead of extracting humidity from the bathroom. We opened ceilings to determine where the ducting was missing and found there was no duct run from the extract side of the unit to the bathroom. With the help of our installation team we were able to run a new duct and patch up the holes in the ceiling with barely any trace of an opening being made. 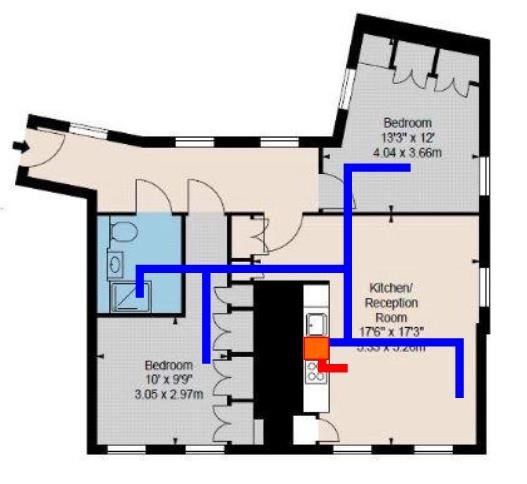 On the outside of the building it was impossible to locate where the outlets of the MVHR system were. It only became apparent after accessing the service riser that the outlets where fresh air comes into the building and exhaust air is blown out were installed in a most unusual configuration. They appeared to terminate with vertical rectangular ductwork all placed in a line. Exhaust and fresh air ducts were placed right next to each other. This can cause recirculation, when exhaust air is pulled straight back into the system. This explained why the owner had complained of cooking smells in the bedroom when she was cooking, despite closed doors and the two rooms being separated by a hallway. 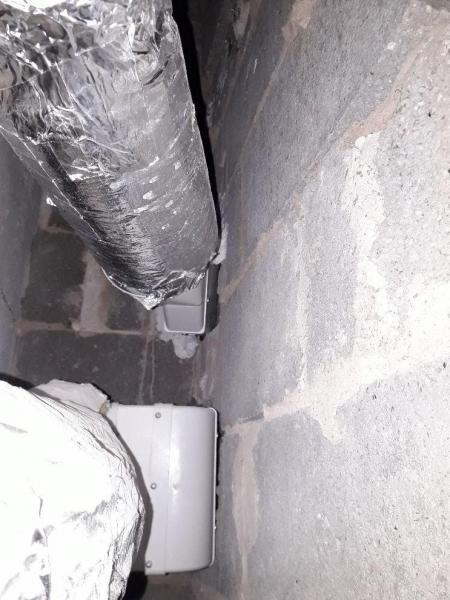 With the vertical configuration in mind, we assessed again the outside of the building and it then became apparent that these terminals where precisely hidden behind a square rainwater downpipe. The rainwater pipe appeared to be no more than 20mm away from the outlets. It would be very difficult for the exhaust air to get out of the building with such a large obstacle blocking the air path. It’s a real surprise to me that anyone with knowledge of a ventilation system would approve such a severe obstruction in the system. What was the reasoning behind this? A lack of planning permission to have grills on the façade? No wonder the systems were noisy in operation. 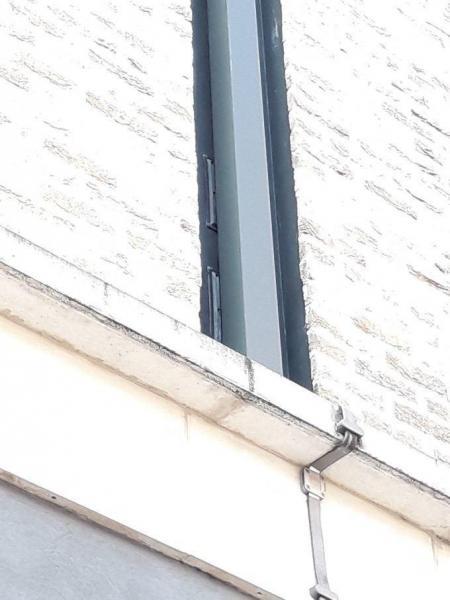 This case and others like it highlight a real need for improvement in quality control standards for domestic ventilation systems and more education for home owners as to what to expect from a well designed system so that they can recognise when their system doesn’t meet requirements.

The basic requirements of an MVHR system

1. Accessible filters that can be easily changed once or twice a year.

2. External terminals for the MVHR system which are identifiable and separated by a horizontal distance of at least 1.5m or have bespoke cover to bring air flow in different directions.

3. An isolation switch where the system can be switched off for maintenance.

4. A control switch where the fan speed can be increased to boost mode.

5. The system shouldn’t be excessively noisy in normal operation.

6. There should be a commissioning certificate provided by a qualified ventilation specialist company.

At Enhabit, we spend the required time liaising with the various trades and bodies involved in the project to make sure conflicts between services and issues with the design are ironed out early on in the design stage. We then follow the installation closely to make sure that all aspects of the design are practical and carried out with a final check during the commissioning process.

Related Case Studies
Healthy air for a family home with an Enhabit-designed MVHR system
Enhabit was contacted by a young family in Thorpe, Egham who were undergoing a significant property ...
More Info
Stoke Newington MVHR improvement
Enhabit were contacted by the client to help fix the poorly-performing MVHR systems in three new-bui...
More Info
172 unit scheme with 110 certified Passivhaus units in Rayne Park, Norwich
Working directly with Hamson Barron Smith on one of the largest Passivhaus Schemes in Norwich, the N...
More Info
< Back to blog listings
Company Registered at: 85 Great Portland Street, London, England, W1W 7LT. Company no. 05724543, VAT no. 228 0141 43, Copyright © Enhabit 2022