To dovetail and rationalise resources, Enhabit has now been merged with others in the Efficient Building Solutions group including QODA Consulting, Green Building Store & Green Building Renewables. Find out more.
×
Enhabit Blog » Will the proposed changes to Building Regulations Part L1A & SAP address the climate crisis?

In the midst of the current COVID crisis it is hard to remember that at the start of the year, the Australian bush fires and climate breakdown were making headlines. Unfortunately, the climate crisis has not gone away, and it has to be hoped that the plans for economic recovery include strong measures to reduce the carbon intensity of buildings.

In the UK, where carbon emissions from our housing stock are still increasing and where there is a palpable lack of improvement in the energy efficiency of new homes, Part L1A serves as a minimum standard that all new homes should achieve. The recent consultation on changes to SAP and Part L1A recognised that more has to be done. It invoked the idea of a Future Homes Standard by 2025 and offered two paths to reach the standard as an intermediate step. In essence, the two paths could be labelled as “Fabric” and “Bling”. Option 1 was mainly advocating improvements to the fabric standards, taking them towards Passivhaus, but neglecting the hard bits of thermal bridging and airtightness. Option 2 largely omitted fabric improvements but encouraged more renewable technologies to be bolted on, eg. Waste Water Heat Recovery Systems (WWHRS).

I must confess I was one of many who responded to the consultation (in a private capacity) asking who wrote the consultation document, as it felt like the accountants from the major housebuilders had. The consultation argued for Option 2 as it would show a greater reduction in carbon emissions, what’s wrong with that? Well, the average UK house lasts at least 100 years, whereas most renewable technology lasts perhaps 20-30 years at best. It means that we are oven baking poor fabric standards into our building stock for the next 100 years; which is possibly the greatest idea since the building of electricity sub-stations on flood plains.

The draft SAP on the BRE website lists a number of key changes over the last version of SAP:  including a very important reference to the fact that “fuel prices, CO2 emissions and primary energy factors have been updated”.

BRE has written an entire paper on the “Derivation and Use of Primary Energy Factors in SAP”, which is great for insomniacs everywhere. Primary Energy is defined as “energy from renewable and non-renewable sources which has not undergone any conversion or transformative process”. Think of it as the energy in a lump of coal about to be pulverised and chucked into a coal fired power station. The Primary Energy Factors are simply a summation of all the processes behind the scenes to get that energy to the home plus 1. It offers a way of measuring the carbon intensity of different energy sources.

Renewable energy has been assigned a primary energy factor of 1 at the point of generation for electrical generation. PV panels on a house roof however are given a Primary Energy Factor of 1.501 as displaced electricity.

Others have commented in detail about the fact that the Grid Primary Energy Factor in SAP 10 is 1.501, down from the 3.07 figure used today, which appears fairly optimistic. The EU-wide figure mooted is a reduction from 2.5 to perhaps 2.1. Is the assumption that the UK generation mix during the life-cycle of SAP 10 be significantly cleaner than other EU states?

CIBSE published a really interesting article highlighting that the Carbon intensity of the Grid fluctuates seasonally and is likely to be at its dirtiest in winter when demand from domestic heating is at its greatest. Mike Hefford from Rehema wrote “Surely a monthly evaluation and determination of the carbon content of building services is more appropriate, accurate and transparent for all technologies? Within SAP and SBEM, space heating and hot water provision are already calculated on a monthly basis, so – from a methodology perspective – carbon or primary energy could easily be calculated in this way.” 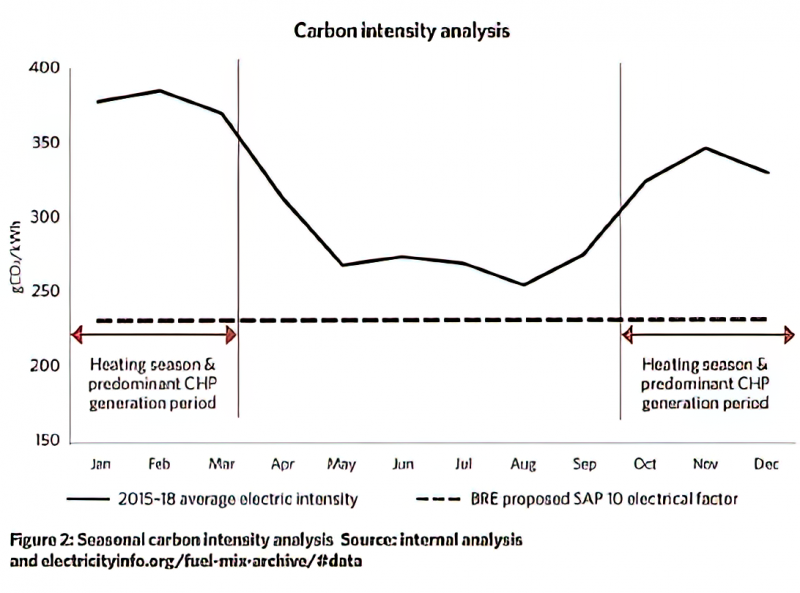 BRE appears to have taken on board this criticism as we see in Table 12d and Table 12e of SAP10 that the Primary Energy and Carbon Emissions are calculated monthly where electricity is the fuel for heating and hot water.

De-carbonisation of the grid but increasing energy bills

CO2 factors have been radically changed for electricity as the Grid decarbonises from 0.519kg CO2/kWh to 0.136kg CO2/kWh. This is a good news story in terms of a cleaner grid, but it throws up dangers. For instance, £30 electric panel heaters “perform” better than a gas boiler wet heating system. This may be the case but according to the BRE grid electricity costs up to 5 x more per kWh than mains gas, so pity the householder whose heating bill jumps fivefold.

Another feature of the proposed Part L changes and SAP methodology changes has been the proposed scrapping of Fabric Energy Efficiency Standard. The FEES methodology at least attempted to force designers to think about linear thermal bridging and insulation levels. One can only surmise “political” interference or lobbying took place as I cannot think of one good reason for scrapping it. This would not necessarily be a disaster if the “reference house” (Table R in Option 2) had stringent fabric u-values, and psi values (linear thermal bridging) that were not substantially worse than that allowed in a Passivhaus.

Another attribute of a cleaner electrical Grid is that PV panels at home will look less attractive, as they will now only reduce carbon emissions by a third of the current level of reductions. This is a pity, as pundits see decentralised electricity generation and battery storage as a way of increasing the resilience of the Grid as we move to electric cars and electric based heating. Battery storage is included in SAP for the first time, although the modelling I did (see below) failed to show any differences to the SAP results.

Should SAP be used as a design tool?

It is clear that SAP 10 will require a lot more data to be inputted, which raises the question of GIGO (garbage in, garbage out). Is all this extra data really going to affect the accuracy of what is a compliance tool? Will it have the consequence of forcing poor design choices to demonstrate compliance (eg. an MVHR system that is too large, but more efficient)? Is it going to increase its role as a design tool, when that was never the intention of the original software? Regardless of the merits, all this extra data (shower flow rates, lighting design, kappa values, psi value calculations etc) will take time to gather and input, increasing the cost of completing a SAP calculation.

As a trial, I took a typical 3 bed detached house and modelled it in the latest Beta version of the SAP 10 software from Stroma.

I modelled the house as per the current design which achieves an A rating, using a combination of good fabric, gas boiler and a large PV array.

As can be discerned, this A rated home fails the new SAP regime on the DER/ TER test. Depending on the Option chosen it may just pass the TPER.

In the below models I simply swapped the heating system and left everything else unchanged.

Here we can see that if we are competing against Option 2 then to meet the TPER(2) of 14.9 we would need to add more PV or other “bling” to make the building compliant. Fabric improvements in general do not have a huge effect, hence why the old DFEE / TFEE was useful.

In this model we can see that the DPER is higher than either TPER and more “bling” as above is required, in this case a lot more.

Reflections on the results

I know that the software is not fully tested, and we need to have an element of doubt as to the veracity of the results, that said am I really to believe that the carbon emissions of the gas boiler are 7 x worse than the ASHP?

Unfortunately, the software is not producing the actual pdf worksheets to easily interrogate where these numbers are coming from and is something of a “black box”.

Interestingly, the SAP rating is an indication of running costs to the householder and clearly a gas boiler and PV combination is the cheapest to run even though it fails Part L1A of Building Regulations!

It is also interesting to see that, depending on which option of the recently-closed consultation is adopted, there is a huge difference in the Target Primary Energy Rate quoted by the software.

Whilst under the bonnet I decided to look at how and why the TER is doubled for electricity compared to the gas boiler model (i.e. ASHP is getting a 100% leg up with regards to the Target Emissions Rate irrespective of which consultation option is chosen, although the Target Primary Energy Rate remains uniform). Unfortunately, this is where things fell apart. The TER figures on screen did not match those under the bonnet, I guess a failing of Beta software. It appears that the TER(1) and TER(2) are virtually the same under the bonnet irrespective of the heating source, which I think makes sense, although it is a deviation from the current SAP regime; more research and tinkering required I suspect.

The conclusions that I draw from my deeper investigation into the Part L1A and SAP changes are that:

Neither option appears to me to be much of a stepping-stone to a Future Homes Standard.

As an alternative methodology and approach, it is worth considering the EU Energy Performance of Buildings Directive (EPBD). This requires the energy performance of a building to be expressed by a numeric indicator of primary energy use in kWh/(m2.yr) for both energy performance certification and compliance with minimum energy performance requirements. In other words, the building compliance metric is expected to shift from carbon emissions to primary energy use. This seems an eminently sensible move and one that was proposed by the LETI response to the Part L1A / Future Homes Standard consultation. 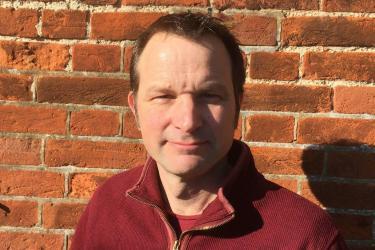 More about Enhabit’s SAP assessment and other modelling services