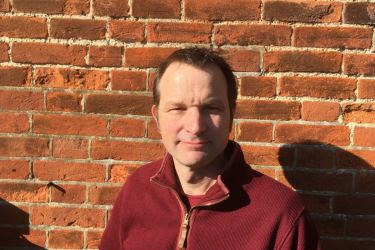 As COP26 hoves into view, the Government appears to be scrabbling to look like they are doing something. So, after the terrifically short period of time given for social landlords to bid and spend the first £60m BEIS innovation grant, they have decided to do the same again this year, with a notable exception.

The first tranche of social housing retrofits required that the space heating demand had to be less than 50kWh/m2/yr. The figure is now 90kWh/m2/yr.

It is much harder to retrofit a home to the higher standard demanded in the initial SHDF project currently running than the next wave due to start in the Autumn. Somebody wants to declare that they are going to retrofit 10,000 homes, which sounds more sexy than 5,000 homes. And indeed it is a more sexy number, however, it is pointless and dangerous. Why? Well, let me explain.

I have shared previously my thoughts on the Government’s pursuit of hydrogen. After extensive lobbying from the oil and gas industry, with their message of “Don’t bother making homes more energy efficient, we will simply pipe hydrogen to them”, the Government appears to be sending out mixed messages on what it believes should be the direction of travel.

The problem is that if all our homes reached the easy target of 90kWh/m2/yr, there would simply not be enough hydrogen (even the blue and grey stuff) and electricity to go around in a zero-carbon world.

By the time that our current politicians have retired, we will have realised this too late. We will simply have to go back and have another go at retrofitting homes done to this lowly standard. We will quite literally have to renovate 56 million homes, because the 28 million homes that we have will need doing twice. This is madness on every single level:

So, I plead with all the bidders to consider their “Medium Term Improvement Plans” very carefully such that later improvements can be carried out with the minimum of fuss in 5-10 years, when the penny drops that the oil and gas industry are playing for time. Time that the planet does not have.

Hydrogen has a role to play in a zero-carbon world, but not in the home and not in the private car. 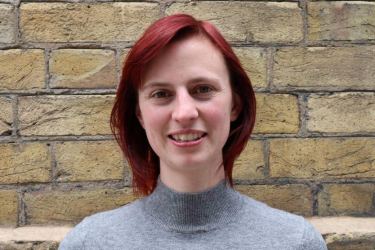 Usually, I am the pessimistic one when it comes to Government energy efficiency schemes, but in this instance, I have to offer an alternative view, and this is why:  We have spent the last year or so working with a housing association whose properties are all situated within a conservation area, along with 1.2 million other households in the UK. That’s 5% of the housing stock that basically can’t have external wall insulation.

Internal wall insulation has its limitations, and if you want to keep some internal floor space and protect the existing wall from damp problems, then realistically you’re not going to achieve the same performance as external wall insulation. So, our housing association would find it very difficult to have any properties that could meet the 50kWh/m2yr, and hence was excluded from the previous funding round.  Having a target of 90kWh/m2yr opens up the scope for internal wall insulation projects to apply for this next round of funding.

In fact, the AECB retrofit standard[1] (developed by the AECB, which is known for its robust knowledge and experience in the world of retrofit) allows for a RANGE of criteria from 50 kWh/m2annum to 100 kWh/m2annum, and recognises that not every building can be retrofit to the same standard. A robust exemption explaining why the 50 kWh/m2yr target cannot be met must be submitted to the AECB.

The art of the possible

The Retrofit Coordinator Course, that was developed as part of PAS2035, teaches that we will achieve somewhere between 20 and 80% reduction in carbon emissions depending on the potential of the building.  There are of course many other limitations to retrofit, other than being in a conversation area, but this is used to illustrate that a cap at 50 kWh/m2yr may not be as helpful as we think.

Unfortunately, I suspect that we will find that the next round of SHDF lacks any encouragement to achieve the best possible retrofit for the building in question.  It is not likely to exclude external wall insulation projects for example, so we may find that properties will be insulated well below the standard that they are capable of. Who will be checking?

Finally, we are finding that there are disturbingly different specifications for very similar homes to achieve the same 50 kWh/m2y across different projects in the first round. Some are finding they need to include high performance wall, roof and floor insulation, new triple glazed windows and heat recovery ventilation to meet the standards, whilst others are looking at modest wall and roof insulation, no floor insulation, no heat recovery ventilation and a modest windows spec.

What’s causing the discrepancy? Well, we’re not sure, but clearly, it needs looking into.  For a start, there seems to be absolutely no effort made by BEIS to check the calculations which drive the specification for the 50 kWh/m2yr.  These projects all must include metering and monitoring for a post-retrofit period, so the proof of the pudding will be in the eating… if we ever get to see the reports! It certainly won’t get sorted out before the next round with the new target of 90 kWh/m2yr, which doesn’t bode well.

All in all, I think it’s a good idea to have a higher target to allow a wider range of homes to be retrofit, and Enhabit will certainly be working diligently to get those hard-to-treat projects to the best possible standard that they can achieve, but I would question: What is to stop others taking the path of least resistance?

Related Products
Policy & Research
Many local authorities have declared a climate emergency and are now at the start of a journey to un...
More Info
Building Physics
Often the main purpose of our work is to mitigate the risks associated with complex designs and to e...
More Info
Related Case Studies
TCosy2 retrofit, Great Yarmouth
Enhabit’s Head of Building Physics & Consultancy Dr Sarah Price has been project manager and t...
More Info
Agar Grove, Camden – Passivhaus redevelopment
The redevelopment of Agar Grove in the London Borough of Camden is set to become the UK’s biggest ...
More Info
Octavia Housing retrofit strategy
Enhabit has worked on a variety of retrofit projects with a range of clients and funding strategies....
More Info
< Back to blog listings
Company Registered at: 85 Great Portland Street, London, England, W1W 7LT. Company no. 05724543, VAT no. 228 0141 43, Copyright © Enhabit 2022