In January 2016 Enhabit were asked to install a 4kWp solar PV array on the roof of a terraced house in North London.

As with many of the UK capital’s older properties, the roof structure wasn’t simple. It was split into two sections with different orientations, and there were also a number of shading objects nearby. The Enhabit design therefore incorporated optimisers fitted to every panel, which allow modules that are shaded or on different orientations to be connected to the same inverter without loss of performance.

The completed system consisted of fifteen 270W JA Solar modules, with SolarEdge Optimisers and a 3.68kW SolarEdge inverter installed out of harm’s way in the basement. Three panels were installed on the south east facing tiled roof, and twelve were installed facing south west.

In its first year the solar PV array generated 3,180 kWh of electricity. This is as much as 80% of the electricity demand of a typical home of this size, and will be making the client in excess of £600 per year thanks to the feed-in-tariff and electricity bill savings. The system is exceeding expectations, as the SAP prediction suggested an annual generation of 2,580 kWh.

Solar PV North London 3kW Energy Yield 2016 and 2017, installed by Enhabit
Location where new solar panels were to be fitted

So far 2017 has been just as productive, with 2,980 kWh generated up to the beginning of November.

Since installation, over 2,400kg of CO2 emissions have been saved. As expected there is considerable seasonal variation, with generation peaking between May and July and dropping in December and January due to shorter days and cloudy weather.

Despite government cuts to the feed-in-tariff, solar PV can still be an excellent and financially rewarding addition to the majority of homes, whether new or old. 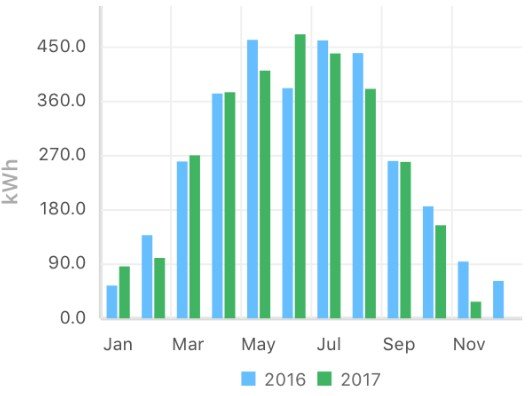 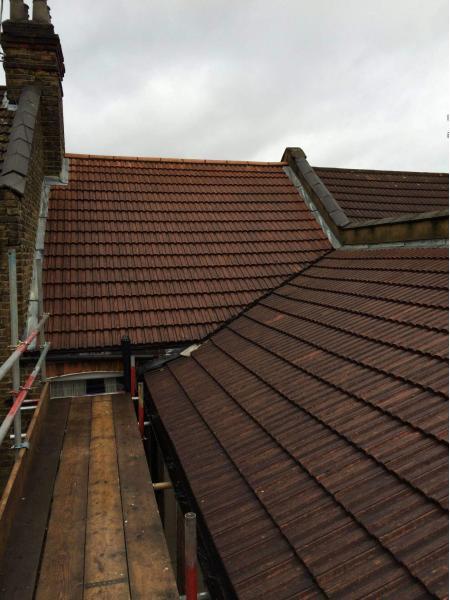